What is challenge coin?

Coin is a badge immortalizing outstanding achievements and results as well as symbolizing belonging to a certain unit. It is not a cross of recognition or an ofﬁcially awarded medal. Coin is an informal proof of remembrance, brotherhood and recognition for distinguished people, handed by the unit commander.

Commemorative Coins were introduced not only by the army, but also by many other institutions and organizations of all kinds. This is due to the personal initiative of individual members who value permanent proof of belonging to a certain unit and emphasize their achievements.

From numismatics experts’ point of view, Coins are not a recognized mean of payment and have no nominal value. however, coins are medals of lasting value to their recipients.

The story of creation and awarding of the ﬁrst ‘challenge coin’ is unknown. The most popular of the stories comes from the times of World War I and is about an American pilot whose ‘coin’ saved his life. After shooting down over France, the soldier was taken to German captivity, from which he managed to escape. While escaping, the French stopped him. However, the pilot did not carry any documents conﬁrming his identity. Were it not for the ‘coin’ on which the American unit’s mark was stamped, the French would have considered him a German enemy. The pilot was released and his story is one of the oldest in which a ‘coin’ appears. 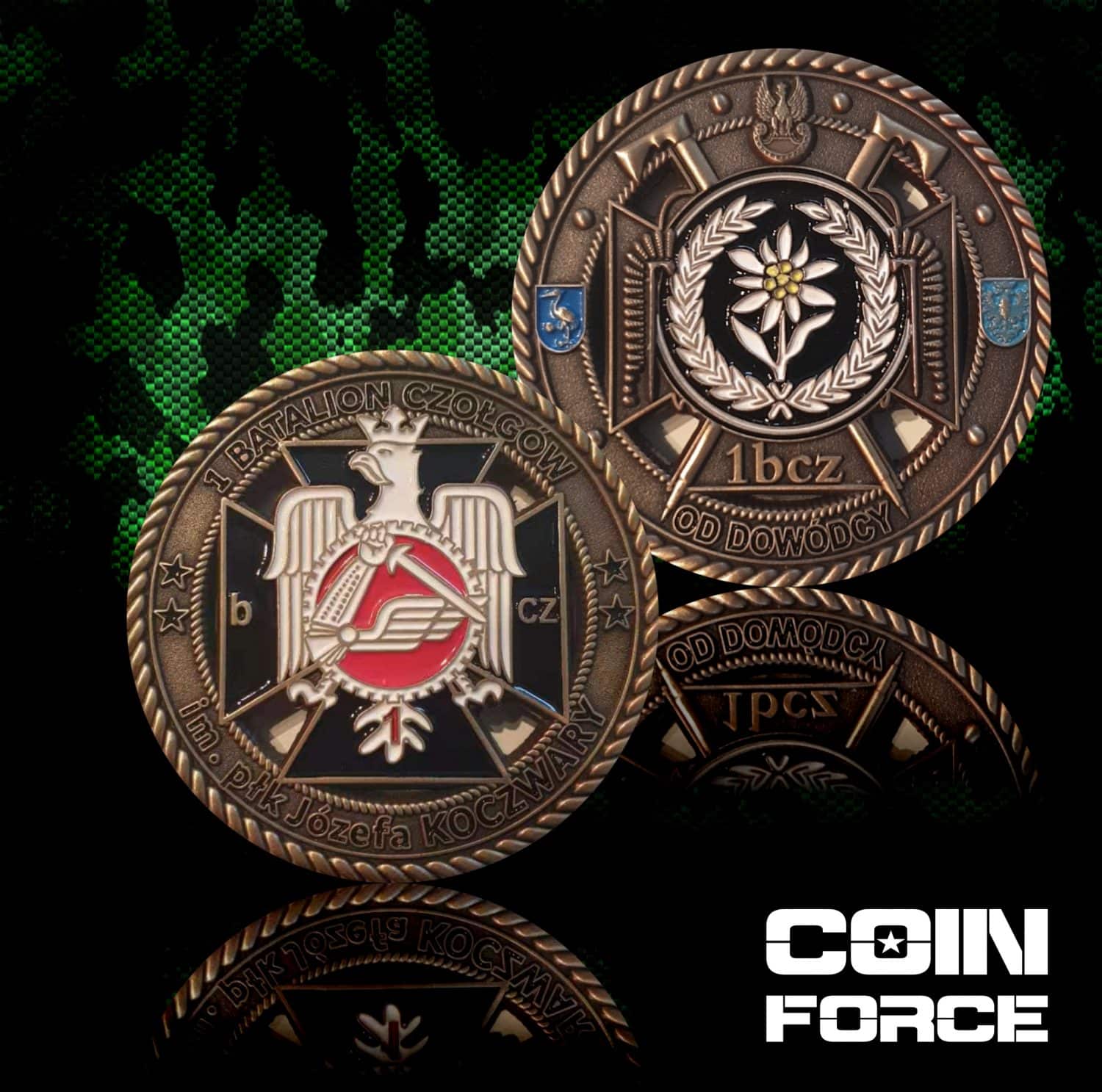 Order your own Coin now

Are you ready to receive a free quotation and get to know about all possibilities of our company? Contact us!